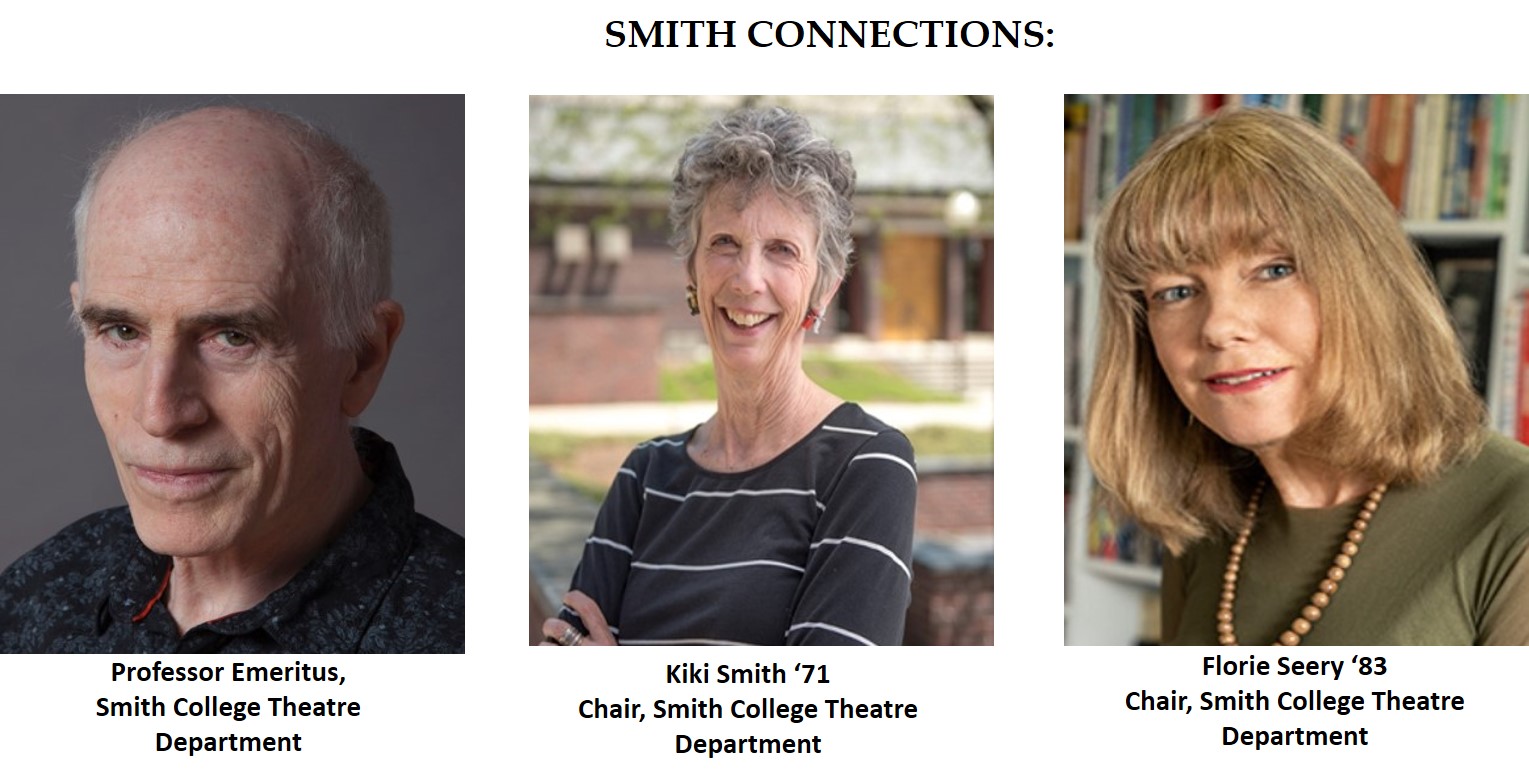 The Zimet/Smith association, (both Smiths, the College and Kiki), dates back to the late '90s, when Zimet was teaching in the Theatre department (1997 to 2006). Since then, Smith, who also curates the Smith College Historic Clothing Collection, has been designing costumes for Talking Band, the company Zimet, Maddow and Tina Shepard, all former members of Joseph Chaikin's seminal Open Theater, founded in 1974.

Similarly, Seery's 30-year career in theater management and executive leadership for DEI within the theater community, began at Smith College, where she majored in theater and, of course, studied with Kiki.