Have You Heard of Pauli Murray?

Within the intersectionality of civil rights, women's rights, and gender rights, Anna Pauline (Pauli) Murray, (November 20, 2010 - July 1, 1985) was an architect of the civil rights struggle and the women's movement, an activist, organizer, lawyer, priest, poet, and writer. She challenged race and gender discrimination over her lifetime in legal, societal, academic, and religious circles. 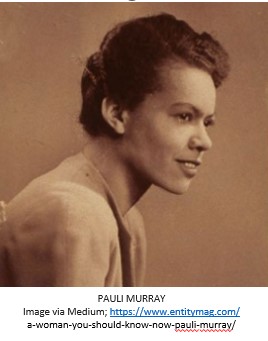 From attorney and researcher Susan Hall Mygatt '69 we learn about this iconic black (mixed race), feminist, gender-fluid woman, ahead of her time, who had been almost completely erased from the narrative of two of the most important American social justice movements of the 20th century - civil rights and women's rights - in which she was directly involved and for which she helped to articulate the intellectual foundations.

Susan Hall Mygatt '69 was a government major at Smith and is, currently, a retired real estate attorney, who resides outside of Boston, MA. Susan's interest and expertise in Pauli Murray derive from her participation in Harvard's prestigious (competitive admission) Life-long Learning Program for Retired Adults where she eventually made a required presentation - six, 2-hour-long study group sessions based on Pauli Murray's life and legacy. She has presented study groups on this topic and others 4 times. 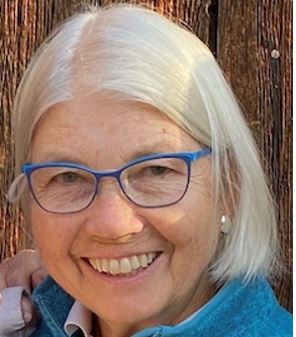 The event was recorded and can be viewed here.